Each year the anniversary of the battle on 25 July is marked by Finnish combat engineers as “Schmarden Day” in honour of the Finnish volunteers who would later form the backbone of the Finnish Army Corps of Engineers after Finland gained independence.

The monument commemorating the battle of Schmarden

On the occasion of the 100th anniversary of the battle, a memorial was unveiled at the site from where the attack began in the village of Smārde, Latvia, on July 25th, 2016. 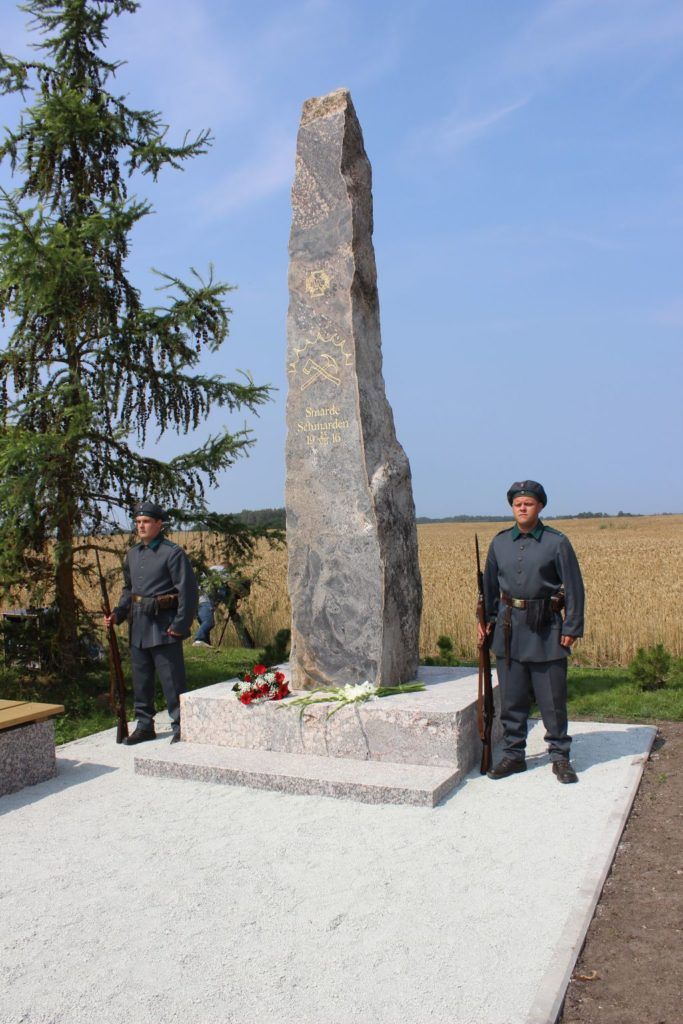 The symbols of the monument

The engravings on the monument symbolise the battle itself, the Finnish combat engineer branch and the most essential emblems of the Finnish jaegers. The emblem on top depicts the jeagers’ decoration, beneath which there is the spindle of the sun in the form of a stylised explosion and engineer hardware, axe and hack. The place and date of the battle are inscribed in gold beneath the emblems. The stylised spindle of the sun is also the symbol of the Finnish jaegers’ ultimate ambition of safeguarding the dawn of the nation’s freedom.

Unique rock of the Monument

Orbicular granite occurrences have been detected globally around 180, but significant amount is located in Finland (ca. 100 occurrences). Some of these rocks have been protected for their unique nature and only few of them have been exploited in small scale quarrying.

Orbicular rocks were crystallized from felsic magma during favorable crystallization conditions. In geologically, many things related to these rocks genesis are still without final explanation. However, these orbicular rocks are very unique, beautifully and spectacular.

The Schmarden Monument’s orbicular rock is granite in composition. It consists of big, white-gray and agate like orbicules within surrounding matrix. Main minerals are light gray orthoclase, plagioclase and quartz and dark-brown biotite. Fluorite, muscovite, sphene and zircon occur as accessory minerals.

Read more about the battle 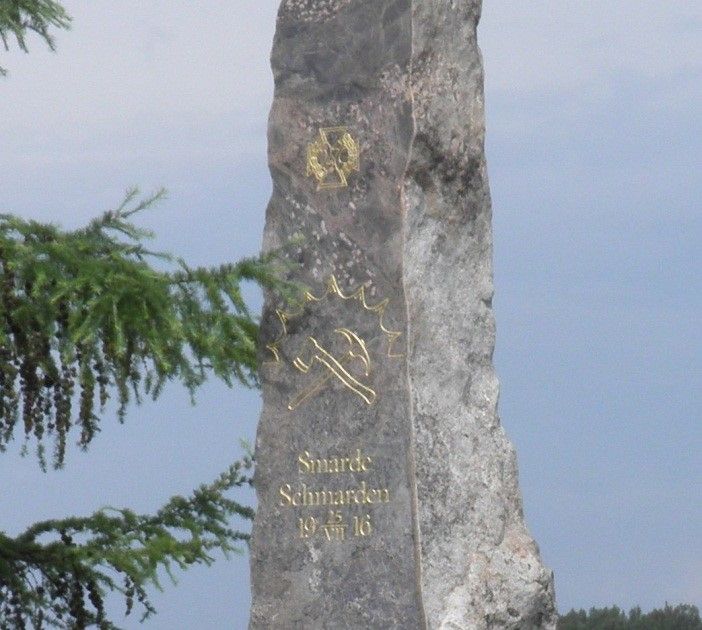 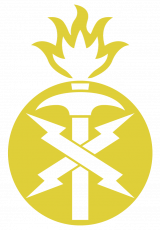